Interview “Understanding language is the next big challenge for AI,” says Amnon Shashua

The latest startup by Mobileye’s founder, AI21, is working to revolutionize written communication by creating artificial intelligence software that can understand and create written text

“Diana and Amir visited the offices of AI21 last week. After spending several uncomfortable hours in cubicles and the meeting room they were pleased to find they were facing the same problem as the AI21 team: artificial intelligence is a difficult challenge, the human brain is a difficult challenge. As they left, they wondered whether AI21’s system was a step towards artificial intelligence or just a sophisticated text generator.”

The paragraph above was written, at our request, by HAIM. We provided the opening and closing sentences and asked HAIM to fill in the blanks. HAIM did so instantly.

HAIM is one of several artificial intelligence-based text generators available on the website of Tel Aviv-based startup AI21 Labs Ltd. Another generator, called HAIMKE turns key sentences provided by the user into a text composed of several paragraphs that relate to each other.

The biggest breakthrough in the field, Shoham said, happened when Google introduced a new algorithm called BERT (Bidirectional Encoder Representations from Transformers) that was meant to improve search results by helping the computer decipher what users mean.

BERT, Shoham said, lets computers understand the context and differentiate between the different meanings of a specific word, offering different algebraic representations according to context. “It is nothing short of a revolution in an AI’s ability to understand text,” he added.

Similar systems developed by other tech giants like Facebook and Microsoft have also played a part and since then algorithms continue to become more and more sophisticated, Shoham said. Everyone uses the same basic engine, he explained, but each company fine-tunes it towards its own mission. “For Google, this means search, translation, or answering questions,” he said, “for us, it is reading and phrasing.” According to Shoham, AI21 has built upon BERT to add the aspect of semantic representation.

These generators are still unripe and, at times, fidgety, but they demonstrate some of the capabilities AI21 is working to develop. Most of all, they are testimonies to the grand ambitions of this young company, which strives to give computers what no one could before—the ability to truly understand written text. 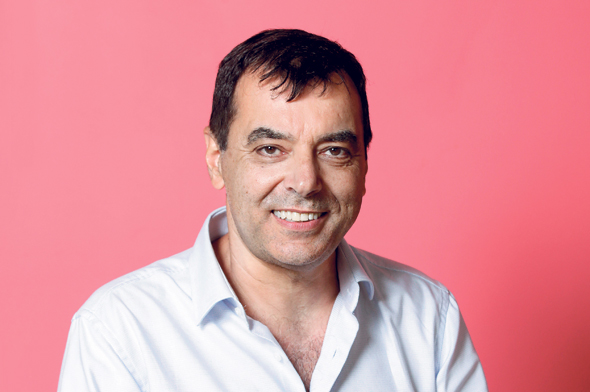 The goal is transitioning from a computer that fixes your grammar to a computer that can write a whole text for you, AI21’s chairman Amnon Shashua said in a recent interview with Calcalist. “You just need to throw your ideas at it in the right order and it creates a text that preserves their original meaning,” he said.

It is difficult to exaggerate how presumptuous this actually is. Algorithms that attempt to communicate with humans have been around since the 1960s, with the development of ELIZA, a mock psychotherapist, by MIT researchers.

Nowadays, numerous websites have chatbots, meaning algorithms that interact with users, but their main function is to collect information that can later be handled by a human operator. These new bots are not meant to understand what users are actually saying.

Even the automatic translation service offered by Google—one of the biggest pioneers in the field of AI—still has trouble translating a paragraph coherently and a perfect translation of a whole page is completely out of the question. 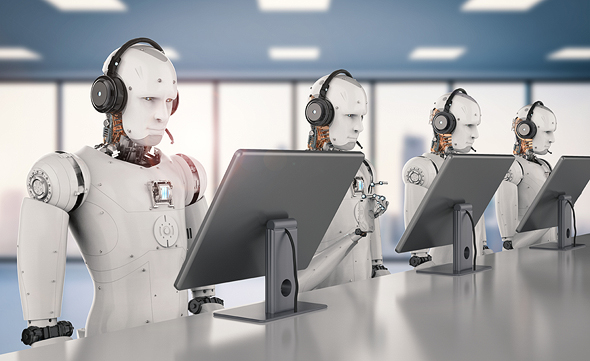 Shashua and his partners are going even further than adequate translation. They are trying to decipher the user’s thoughts and put them down on virtual paper. If it works—and you have every right to be skeptical—it will not be just another technological advancement but a huge leap forward.

“Nowadays, the computer doesn’t write for you, at best, it offers you a synonym,” Shashua said. “Some software also corrects your spelling and grammar or lets you know when you have used the same word twice but that is about it,” he added. “The computer does not write for you because existing automation tools cannot understand what it is you are trying to write.”

To reach the ultimate goal of a computer that understands text, AI21 gathered an impressive collection of local and international experts.

The company was founded in 2017 by Yoav Shoham, a computer scientist and Professor Emeritus at Stanford University. Shoham already has five AI-related exits under his belt and his partner, Ori Goshen, was among the co-founders of cellular communication radiation measurement startup CrowdX, incorporated as Tawkon Ltd., which was acquired by Singapourian mobile network company Cellwize Wireless Technologies Pte. Ltd. in 2016. 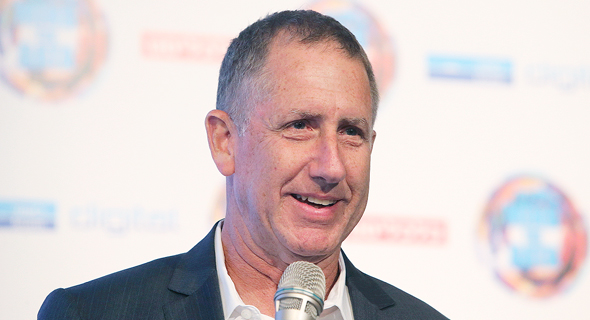 AI21’s team of external experts includes Shai Shalev-Shwartz, the chief technology officer of Jerusalem-headquartered automotive chipmaker Mobileye and a renowned machine learning scholar; Omri Abend, a member of the faculty at the Department of Cognitive Science at the Hebrew University of Jerusalem and a leading researcher of computational linguistics and natural language processing; and Daniel Jurafsky, a professor of Linguistics and Computer Science at Stanford and one of the developers of the first automatic system for semantic role labeling.

AI21 already raised $9.5 million in seed, most of it from Shoham and Shashua, who is also the founder and CEO of Mobileye. The rest of the funding came from Pitango Venture Capital, VC8, and TPY Capital.

Shashua joined AI21 after meeting with Shoham to promote a completely different venture he chairs, called WeCode, a coding boot camp for underprivileged populations in Israel. The conversation found its way to Shoham’s new project and Shashua, the serial entrepreneur that he is, decided to join as a partner and main backer. 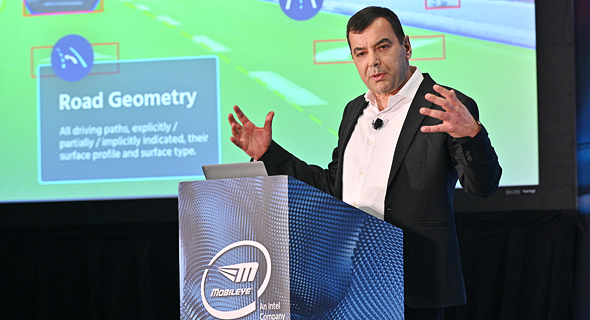 Since Mobileye’s $15.3 billion acquisition by Intel in 2017, Shashua became the hottest name in Israeli tech. On top of leading Mobileye, Shashua also found the time to co-found visual aid company OrCam Technologies Ltd., consult the Israeli Prime Minister on dealing with the coronavirus (Covid-19) crisis, and establish the first digital bank to be licensed in Israel.

If you examine what people are doing at the office, you realize that most of the time we are reading and writing, Shashua said. “The writing part could become dramatically more efficient if only we had a partner that could write,” he said, “the computer can be this partner.”

Who needs a tool that can write?

“Anyone that needs to write and it is a very wide spectrum, at the very end of which are poets and playwrights, but we have a long way to go before we reach that level. At the closer end of the spectrum are, say, insurance agents. I, for example, entered the digital banking sector a year ago. Instead of me having to read 100 essays and summarize them, which could take a month, I could skim through them for two hours, highlighting the interesting segments, and the computer would connect the dots and turn them into a coherent document, saving me most of the technical labor.”

According to Shashua, the system could summarize a single essay or a series of publications in a certain field, saving us the need to read them. But AI21’s vision goes much further. The idea is that the system could function as a ghostwriter, especially for technical texts one is required to write as part of their job.

All they would have to do is provide the system with a series of ideas and it would automatically turn them into an organized coherent text, that even maintains their personal writing style. The user could also control the relevant parameters: need a short and concise text fit for a Facebook post? No sweat. Want a more detailed text to send to the CEO? Just say the word.

A robot typing on a keyboard. Photo: Shutterstock

Mobileye did similar things as it brought AI into the automotive industry but, still, even that technology has yet to mature and there are no fully autonomous vehicles available. And driving is a relatively simple technical act. Understanding text, not to mention writing it, is far more difficult.

“Understanding language is the next big challenge for AI,” Shashua said, adding he believes they will get there in two to three years. Or, maybe, five.

If the previous decade was all about computer vision and its various applications, including facial recognition technologies and self-driving cars, this decade will be language’s turn to shine, Shoham said. “The developments in this field are nothing short of amazing,” he said,” we are at the forefront but there are still significant barriers that need to be broken to turn the computer into a reading and writing collaborator.”

To exemplify how difficult that is, Shoham pointed to the way children speak. “A five-year-old comes home and says: ‘Danny hit me at the kindergarten, I hit him back, then the teacher saw me hitting and punished me, it isn’t fair.’ Now, any person would understand this sentence but no computer in the world can even begin to comprehend it,” Shoham said. “Consider how many layers of meaning it has: there is a series of events happening over time, people taking action, and a causal link between these actions, one person knew something unknown by someone else, there are feelings and abstract notions, such as justice and fairness,” he listed. “These are things that, to us, or to a five-year-old, are very intuitive, but that is not the case for a computer.”